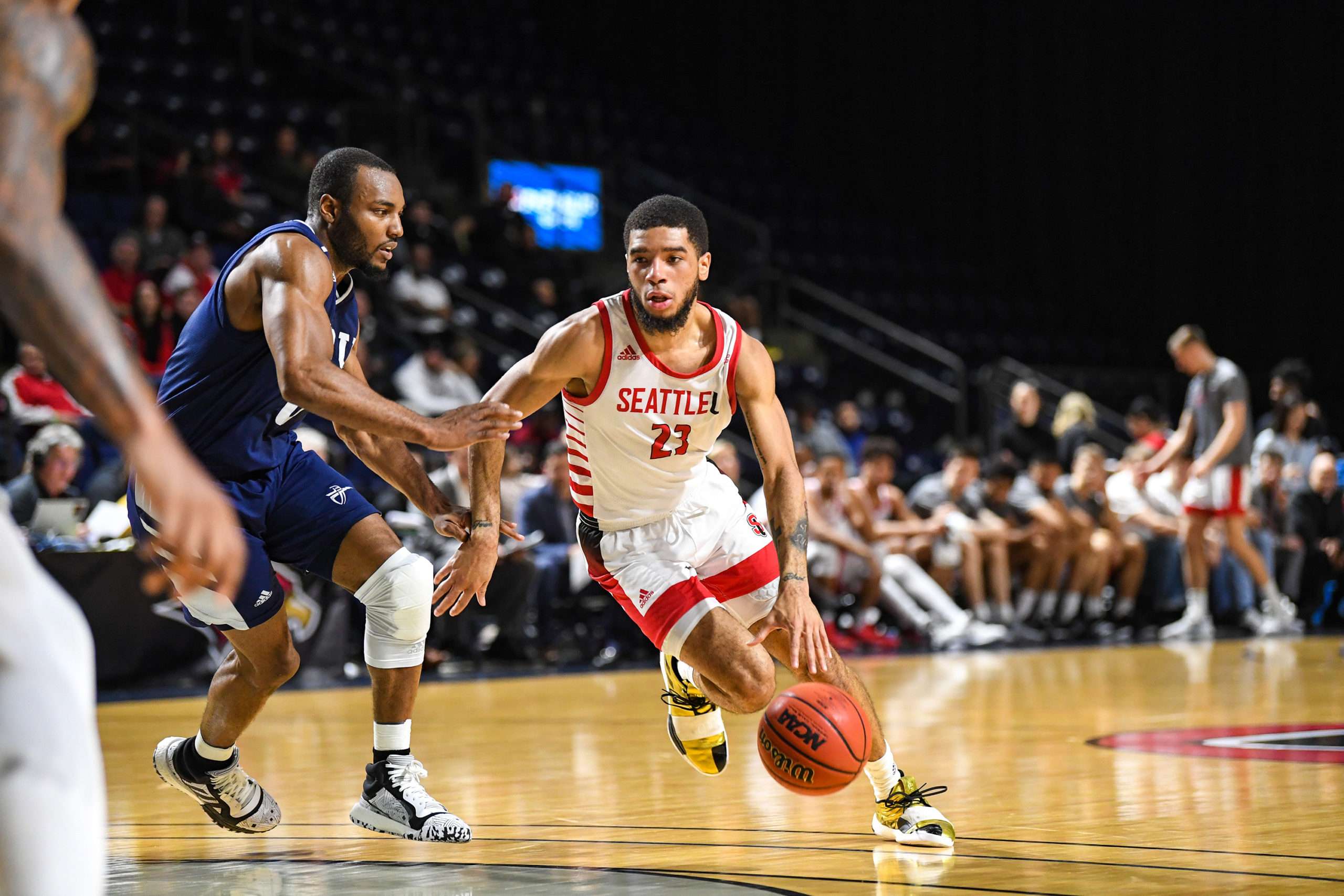 It is that time again as the WAC Hoops Digest crew rolls out its season-ending awards and All-WAC teams. There are disagreements and sure, there will be fans who are upset with the choices. Some will scream from the rooftops while others will point glaring flaws in the selections. That is okay. It is part of what makes this website worth doing. If there isn’t any interaction, then we aren’t doing our job properly.

And, these season-ending awards are sure to create some discussion. Let it be said that Kyler, Tyler and I went back and forth quite a bit on these lists but when all was said and done, we were confident in our decisions.

Hard not to vote for Brown in this instance. The junior guard led the WAC in scoring and in minutes played. Brown was also sixth in the WAC in rebounds at 6.2 per game. In fact, Brown was a triple-double waiting to happen on any given night. Brown averaged 4.9 assists and 1.6 steals per game. Head coach Jim Hayford relied heavily on Brown and the ball was usually in his hands in late-game situations. Yes, some will argue the Redhawks didn’t win the WAC, which is true. But, Brown was consistent throughout the season and led Seattle to a third-place finish in the WAC standings and the 2-seed in the WAC Tournament.

It has been said time and time again that this might be Chris Jans’ best coaching job. Just read what contributor Kyler Burd wrote. Injuries have been an achilles heel of the Aggies this season. But, Jans worked his magic and the Aggies went 16-0 in WAC play. Yes, the Aggies completed an undefeated conference season for the first time in program history. That’s a pretty legit coaching job considering a lot of people thought New Mexico State was vulnerable this season. But, the winning culture is alive and well in Las Cruces thanks to the man in charge.

If you came to the rim during the WAC season, you surely ran into Emmanuel Olojapoke. The Akron transfer set the Utah Valley single-season record for blocks with 81. Olojapoke leads the WAC in blocks per game at 2.7, which is almost a block more than the next closest. Sure, Utah Valley has struggled in 2019-20 under first-year head coach Mark Madsen. But, Olojapoke has made his presence known in the paint. Olojapoke is tied for 10th in the nation in blocked shots per game. He is also 10th in the nation in total blocked shots. So, it’s pretty easy to see why he is the WAC Defensive Player of the Year.

This is a pretty easy decision. Blacksher Jr. is really the only freshman in the WAC to play significant minutes.

This was something all of us went back and forth on. But, considering New Mexico State hasn’t lost since UTEP transfer Evan Gilyard became eligible in December, it made the choice a little easier. The numbers aren’t gaudy by any means. Gilyard shot 39 percent from the field, averaged 7.5 points and 2.8 assists per game. But, Gilyard filled a need at the right time for the Aggies. Guards A.J. Harris and Clayton Henry were out for the season so Chris Jans needed an experienced point guard. Enter Gilyard. And since Dec. 18 when Gilyard took the floor for the first time, the Aggies have been on cruise control. A 19-game winning streak, sixteen of those coming in WAC play, and now a WAC regular season championship. It just made the glass slipper fit.

Here are the All-WAC teams as voted on by the WAC Hoops Digest staff.

Since Evan Gilyard became eligible for New Mexico State on Dec. 18, the Aggies haven’t lost a game. The WAC Hoops Digest Newcomer of the Year has fit in nicely in Las Cruces after transferring from rival UTEP. Courtesy NMSU Athletics.

There is no perfect science to picking these awards. But, it’s hard to put on paper all the players who had an impact this season. We are basing this off statistics and what happened on the floor. Wins matter and like it was said at WAC Media Day by Kansas City head coach Billy Donlon, “how did a player impact winning?” Most of these players were a significant piece of their team’s season. Some hit some wild game-winning shots. Three of the first-team members did for sure and one saved a home winning streak. Another game-winning shot gave UTRGV its highest seed at the WAC Tournament. Impact players make impact plays and all of the players selected for these teams did just that.