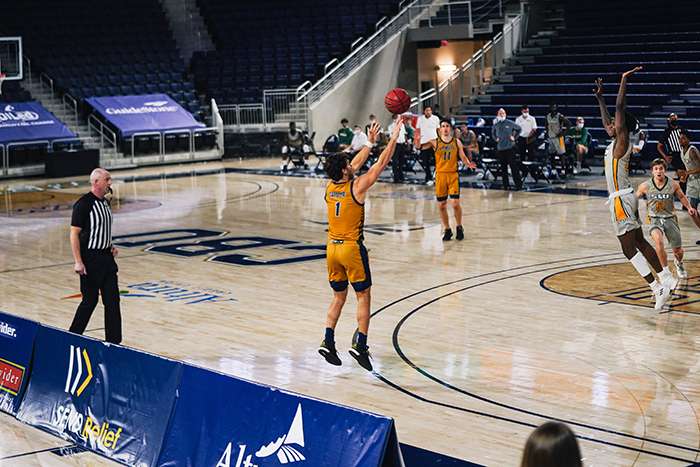 It is another WAC Wednesday and another episode of the WAC Hoops Digest podcast. On this episode, Inland Sports Show Senior Writer Derryl Trujillo discusses the culture and success that both the California Baptist men and women are experiencing.Rick Cr…

It is another WAC Wednesday and another episode of the WAC Hoops Digest podcast. On this episode, Inland Sports Show Senior Writer Derryl Trujillo discusses the culture and success that both the CBU men and women are experiencing.

Rick Croy won his 300th game on Friday Dec. 4 against SE Louisiana. Croy is only 43 years old so it makes reaching this feat all the more impressive. It’s about finding the right players and players that buy into the culture of hard work and competitiveness in order to have success at CBU.

Jarod Olsen has had great success as the women’s head coach. In seven-plus seasons, Olsen has won 174 games and currently has CBU at 5-0 to start the 2020-21 season. The CBU women entered the Collegeinsider.com mid-major Top-25 polls this week.

It’s all about culture, according to Trujillo. Both coaches find and develop players that fit their program rather than simply going out and signing the best players. Both coaches want the best players but if they won’t be a good fit, then they probably won’t end up in Riverside at California Baptist.

It’s all about culture for the California Baptist basketball teams. And that culture has led to great success and a lot of wins