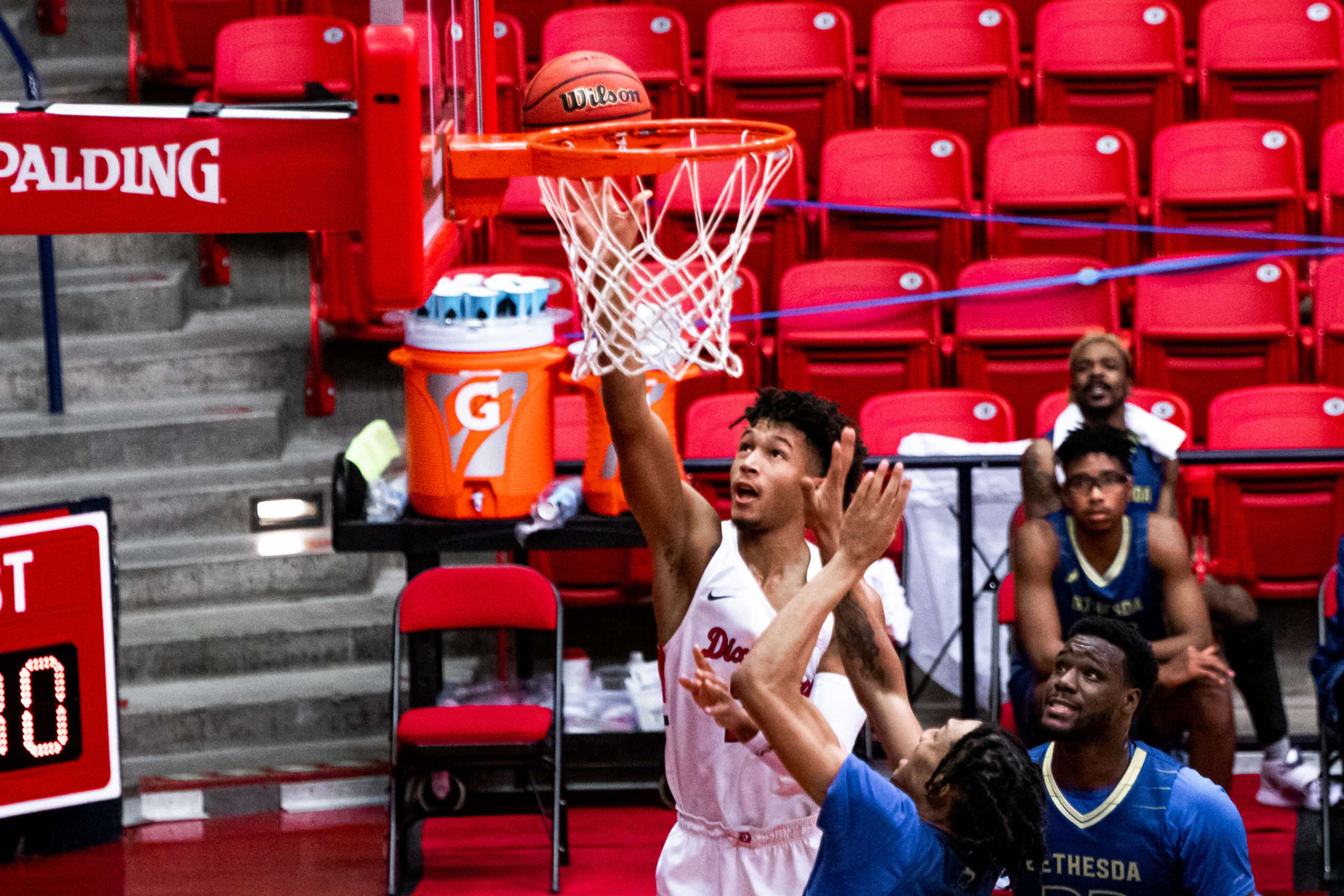 It is a very rare situation to see a non-conference midweek game this late into the college basketball season. However, the 2020-21 season is unlike any other we have seen before. And Dixie State is willing to take full advantage of it.

Dixie State guard Frank Staine missed the game due to COVID issues. Forward Dason Youngblood played limited minutes against the Zags. So perhaps there will be some rust. Dixie State was supposed to host New Mexico State this past weekend to open WAC play.

However, the Aggies went on pause due to a positive COVID test and the series was put on hold until the last week of the regular season.

Gooden, Dixie State Ready to Roll After Two Weeks Off

Point guard Cameron Gooden is off to a solid start to the 2020-21 season. Gooden is averaging a team-high 13.5 points, 3.5 assists and 3.2 rebounds for the Trailblazers. Against No. 1 Gonzaga, Gooden had 20 points and hit three 3-pointers while also going 7-8 from the free throw line.

And for the first time in two weeks, Gooden and the Trailblazers get to take the floor again. This time in a rare midweek, non-conference game against New Mexico.

Look for Gooden to take advantage of his mismatch against New Mexico guard Jeremiah Francis. Despite Francis having a height advantage, Gooden is quick off the dribble and can pull up on a dime to hit the outside shot.

Perhaps the battle to watch will be Dixie State’s Frank Staine against New Mexico’s Makuach Maluach. Maluach averages 13.8 points and 5.9 rebounds, tops for the Lobos. Staine averages 12.4 points and 4.0 rebounds for the Trailblazers. This battle could determine the outcome on Wednesday night.

Dixie State averages 78.0 points per game and shoots nearly 48 percent from the field.

Jacob Nicolds has been solid but perhaps Hunter Schofield and Dason Youngblood will have to step up on Wednesday night. Schofield and Youngblood are veteran leaders for head coach Jon Judkins but have been inconsistent to start the 2020-21 season.

Judkins is looking for his 574th win as a head coach. His .686 winning percentage is currently second all-time in coaching victories in Utah college basketball history.

Look for the Burns Arena crowd to play a role in Wednesday night’s contest. Around 1,000 fans will be allowed in and the Trailblazers are 3-0 at home in this 2020-21 season.

Jacob Nicolds is second on the team in scoring at 13.0 points for Dixie State and is in line to have a big game on Wednesday night against New Mexico. Courtesy Dixie State Athletics.

Safe to say that 3-6 is not what the New Mexico faithful had in mind to open the 2020-21 season. Perhaps the worst part is the Lobos have started Mountain West Conference play with six straight losses, all by double digits. The Lobos are coming off a home series against Utah State where the margin of victory for the Aggies was 34 points. NOT GOOD.

Perhaps a midweek, non-conference game against one of the newest members of the Division I ranks will be good for the soul.

New Mexico has just one player averaging in double figures in Makuach Maluach at 13.8 points per game. And that leads to the Lobos scoring just 65.5 points per game while shooting 40 percent from the floor.

Two of the three Lobo wins in 2020-21 have come against non-Division I opponents. So it has been a real struggle for New Mexico. It is worth noting that the Lobos, like New Mexico State, are in Lubbock, TX prepare for and play ‘home games’ in the 2020-21 season. This is due, obviously, to the COVID restrictions in the state of New Mexico.

In a preview article written by Geoff Grammer of the Albuquerque Journal, New Mexico head coach Paul Weir had this to say:

Tip off for this midweek game is at 7 p.m. MT and can be seen on the WAC Digital Network.