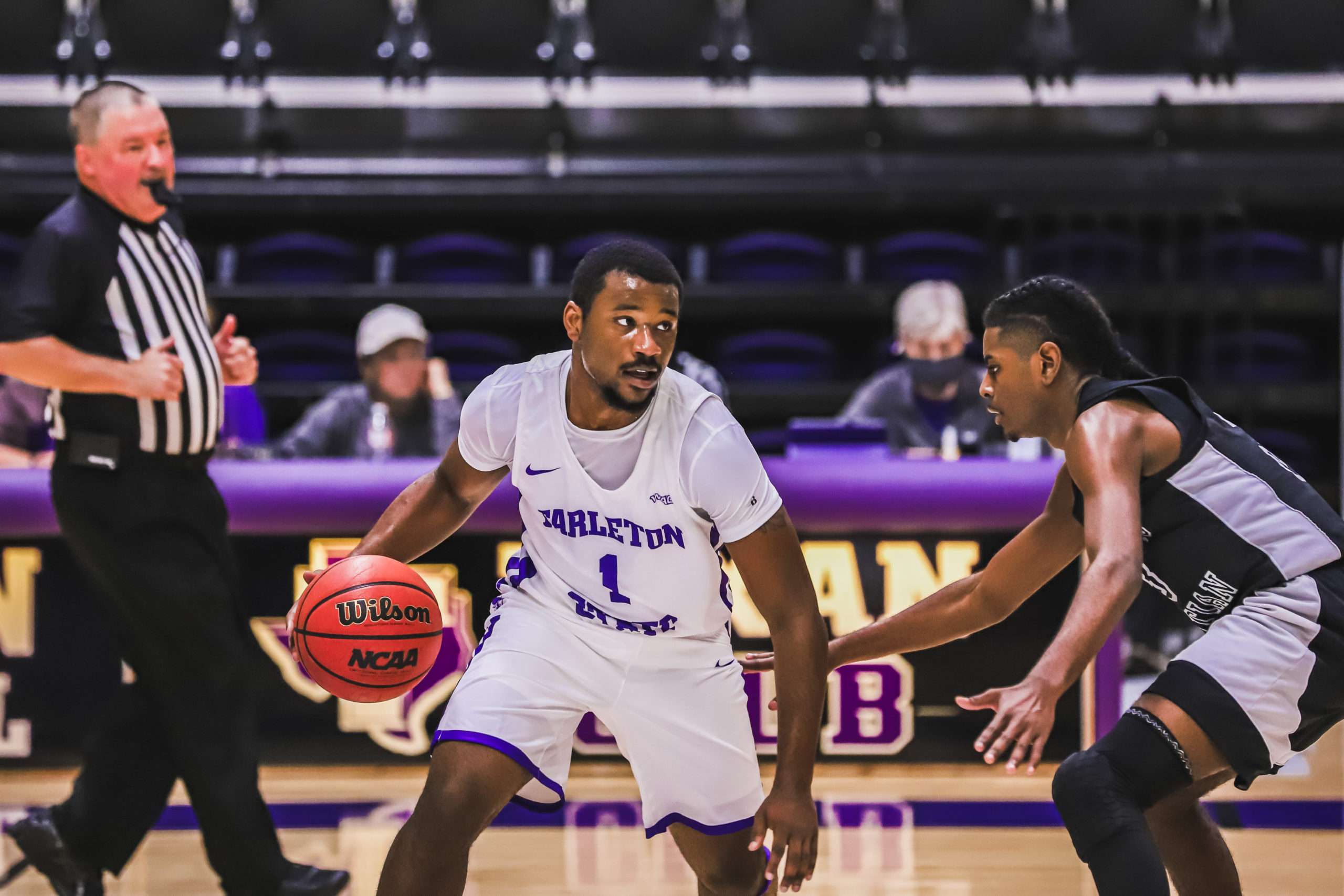 Wednesday featured five WAC teams in action as the 2020-21 college hoops season trudges along. And it was another WAC Wednesday that was full of some WACky results. A big win, a near upset and another heartbreaker. Yep, it was a WAC-ky Wednesday.

Let’s put this in perspective. The two newest members of the WAC put on a show. That wasn’t necessarily the expectation on Wednesday night but it is a fact. Tarleton State and Dixie State showed they are going to compete immediately at the Division I level.

Another WAC team blew a chance to show a near-upset on opening night was legit. And the other two teams in action were sloppy in a pair of close wins.

Here is a look at all five games from WAC Wednesday.

And, first win at the Division I level – Check. Yes, Dixie State made a statement on Wednesday night with a 74-73 win over North Dakota. That statement is that the Trailblazers belong at the D-I level. It also legitimized the .837 home winning percentage at the Burns Arena since 2006-07.

Frank Staine finished with a team-high 19 points and five assists. Cameron Gooden made 1-2 free throws with 4 seconds left to seal the win. Perhaps the one area that Dixie State needs to be better is 3-point shooting. The Trailblazers were just 1-10 in the contest while North Dakota was 7-19.

“I was happy with how hard we competed and how hard we played,” DSU Head Coach Jon Judkins said. “I thought we had a few jitters and were a little too excited to play in the first half, and that led us to trying to do too much individually.”

Judkins continued to applaud his team’s effort in the second half.

The Texans were 22.5-point underdogs. And for good measure. First year at the Division I level. A grip of new players on the roster and a new head coach. Plus, Texas A&M is a Power 6 Conference opponent. You can understand the logic behind the spread.

But, absolutely none of that mattered when tip-off time came. Tarleton State hung with the Aggies all night and actually led at halftime. Tre Gipson and Konstantin Dotsenko among others did all they could to keep the Texans in the game. In fact, Tarleton State led by 10 with 13:20 to play.

Had it not been for the fact that Texas A&M got to the free throw line 40 times on Wednesday night, the Texans would have pulled off the massive upset. Billy Gillispie’s defensive mindset was in play all night. Tarleton State forced 20 turnovers and scored 16 points off those turnovers.

“I thought our guys played their tails off tonight,” said Gillispie. “I’m very proud of every single person on our team and the effort they gave. We know what we are up against as a transitional team, but that’s not an excuse for us. We played a good team that made the right adjustments and did exactly what they’re supposed to do to win. We’re happy to be here, but we didn’t come here to lose. We’ll take a lot from tonight and try to get better as we go.”

The Texans shot the ball at a higher percentage from the field and the 3-point line. But when you look at the box score, one stat sticks out as the major difference. Texas A&M was 31-40 from the charity stripe. Tarleton was 16-26. Ball game.

UTRGV senior guard Javon Levi wasn’t going to lose on Wednesday night. Despite a lot of sloppy play in the second half, Levi finished with a team-high 19 points, six rebounds, seven assists and six steals to lead UTRGV to the 62-59 win.

Want to know how ugly this game was? Just look at the first half score. UTRGV took a 24-15 lead into the locker room at the break. Texas A&M-CC shot 21 percent from the field while UTRGV shot 35 percent. And the Vaqueros struggled mightily from beyond the arc in the first half and actually for the entire game. UTRGV was just 3-13 from deep in the contest.

However, sloppy play and poor shooting aside, UTRGV improves to 2-1 win the win over their South Texas rival. These two schools meet again on Dec. 10 at the South Texas Showdown in Corpus Christ.

Utah Valley went into the halftime locker room on Wednesday night riding high. The Wolverines had shot 56 percent from the field, went 6-15 from deep and led by 17 over Westminster.

Perhaps someone forgot to tell the Wolverines they had a second half to play. Energy was lacking. Communication was lacking. And defensive lapses happened at a rate much higher than head coach Mark Madsen would have liked.

Let’s give credit to Westminster who continued to battle. The 15-point halftime margin was just a little too much to overcome, though. Westminster got as close as 5 with 5:42 to play. Utah Valley played much better offensively down the stretch and even hit free throws to seal the win. And this is all despite the fact Westminster outscored and outplayed the Wolverines in the second half.

Utah Valley gets a week off before hosting another in-state opponent in Southern Utah.

There is a common theme through two games for California Baptist: a struggle to close out late-game leads. It happened on opening night at USC and it reared its ugly head again on Wednesday night against SE Louisiana.

If you remember right, CBU had a 79-74 lead with 1:59 remaining in regulation against USC. Well, we know how that turned out.

Perhaps as the season goes along, CBU will find the player who they can give the ball to late in games to turn those late leads into wins. Through two games, it is apparent how crucial Milan Acquaah has been over the past two seasons. Even Brandon Boyd had the ball in his hands late in games in 2020-21.

Ty Rowell could be that player. Reed Nottage and Mark Carbone also have that potential. Friday night, CBU gets another shot at SE Louisiana. The Lancers have to finish games strong. CBU should be 2-0 to start this pandemic-ridden season. Unfortunately, they are 0-2.