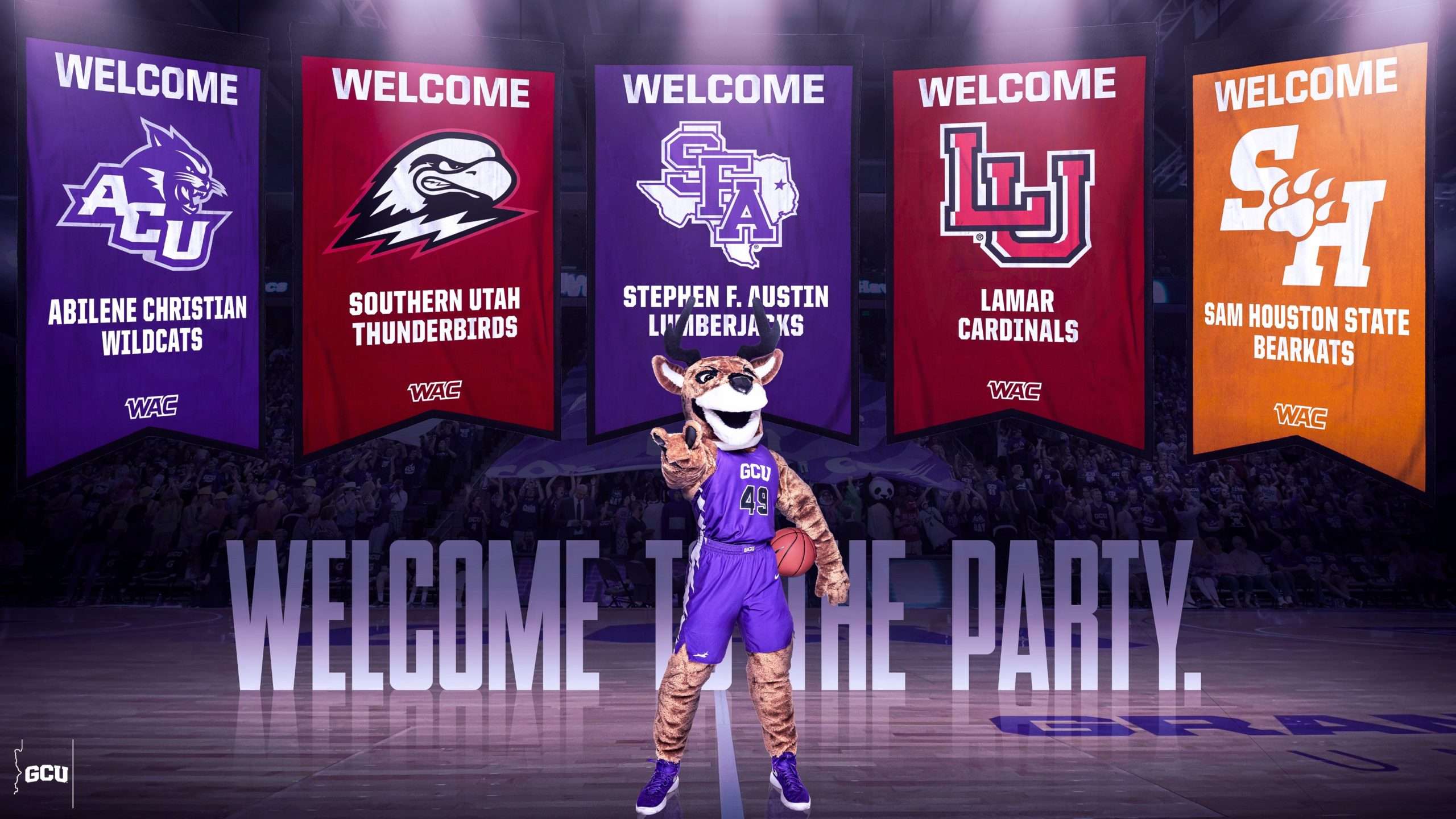 As part of the expansion, the conference will be split into two divisions. There will be a Southwest Division featuring all WAC schools in Texas. So, UTRGV, Tarleton State, Stephen F. Austin, Sam Houston State, Abilene Christian, and Lamar will all be in the Southwest Division.

“I cannot overstate my level of excitement in making this expansion announcement,” WAC Commissioner Jeff Hurd said. “The opportunity to bring five quality institutions into the conference, to significantly strengthen the WAC’s national basketball brand and other championship sport profiles, and to bring football back under the WAC umbrella is one that made sense.”

This creates less travel, more stability and renewed rivalries. According to GCU president Brian Mueller, a big reason for the expansion is due to solid economies in Utah, Arizona and Texas.

According to the release put out by the WAC on Thursday morning, this expansion wasn’t just about football.

“It was not. The re-introduction of football to the conference is just one of the results of the expansion. The opportunity to improve the WAC’s already strong national basketball brand was another critical reason for it, and it will promote an improved NCAA Tournament presence in both participation and seeds. The WAC also strives to be well-rounded, and the additions strengthen numerous team and individual men’s and women’s sports the conference will sponsor. Perhaps most importantly, new and current members have a shared vision to shape the conference’s future.”

It has been noted that in years’ past, the WAC has been close to its deathbed. Prior to the 2013-14 season, the WAC looked poised to end. And after CSU Bakersfield and Kansas City left the WAC following the 2019-20 season, the questions began again.

Commissioner Jeff Hurd made it very clear that stability was of the utmost importance. It wasn’t about having larger numbers. It was about having the right schools that understand the direction the conference wants to go.

In Utah, Southern Utah, Dixie State and Utah Valley can drive up and down I-15 to play one another and renew some old rivalries. In Texas, the four Texas schools along with UTRGV and Tarleton State are within driving distance of one another creating even stronger rivalries. CBU, GCU and New Mexico State are all in the path where rivalries will become even stronger. Seattle is perhaps the outlier but doesn’t make them less relevant.

“The addition of these five institutions sets the WAC on a very exciting trajectory with members who are committed to being a premier mid-major conference,” GCU Interim Vice President of Athletics Jamie Boggs said. “A conference expansion of this magnitude takes extraordinary effort and collaboration and we are thankful to President Mueller, who played a key role in making this possible, to the WAC Board, to Commissioner Jeff Hurd and his staff, and to the presidents and athletic directors of the incoming institutions for making this happen. This move further positions GCU for competitive success on a national scale and we look forward to the future of the WAC.”

Thanks to the guys at All-Access Network for sending these to WAC Hoops Digest. Here are some reactions from head coaches about joining the WAC.

“It’s Exciting! Exciting for everyone involved from our University, our programs, our fans, & alumni. Anytime you’re making a move like this you have to learn how to be successful w/ the new challenges, but we’re excited & really looking forward to it!”

“We are very appreciative of our time in the @SouthlandSports, they gave us the opportunity to get back in D1… We look forward to the new competition that awaits us in the WAC. The WAC has a storied tradition 🏀history & a brand that dates back a long time.”

“This is Very Exciting move for our institution! With the 3 other Texas schools joining us and the traditional great programs we will be facing this will be one of the best basketball conferences in College Basketball.”

“The WAC (@WACsports) brings an INCREDIBLE OPPORTUNITY for the University and fans.”

This story will be UPDATED as we go through all the quotes and such from today’s big news.