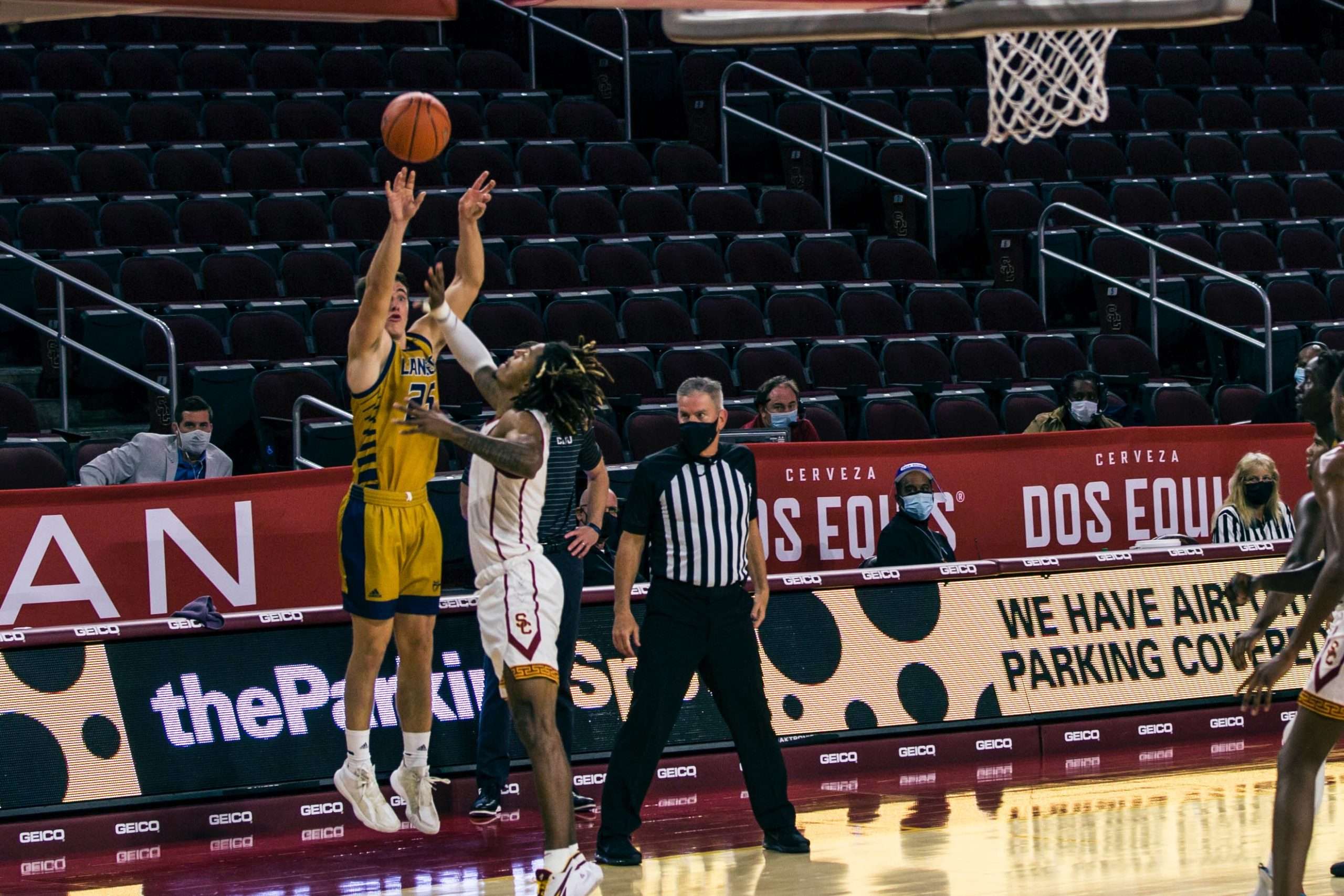 Week one of the 2020-21 season is in the books. And let’s be honest, there were some really fun games to watch and some really good performances. If you weren’t watching the Pac-12 Network on Wednesday night, you missed a helluva game. Seattle has perhaps been the surprise thus far as the Redhawks are 3-0 with two wins over Division I opponents. Utah Valley has a dynamic duo that have drawn the attention of WAC Hoops Nation. And thus far, UTRGV might have the best win in the league.

Let’s take a look at some of the top individual and team performances of week one.

California Baptist lost its top six players from the 2019-20 season. However, after 263 days without basketball, something magical was happening on opening night of the 2020-21 season. Led by a career-high 32 points from point guard Ty Rowell, CBU nearly knocked off Pac-12 foe USC. Despite hitting a program record 20 3-pointers, and forcing the game into overtime, CBU fell just short.

But, the loss isn’t the story. Rowell is part of the story. The redshirt junior hasn’t played since Dec. 4, 2019 when he suffered an ACL injury. Add in that Rowell has some big shoes to fill in stepping in for now-departed WAC Player of the Year Milan Acquaah and you get the point. Rowell hit nine 3-pointers and was 11-21 from the field, repeatedly hitting big shots to keep CBU in the game. Rowell hit a 3-pointer with 1:52 to play that gave CBU a 79-74 lead. It was the theme of the night for the Lancers.

And while Rowell had a career night, some of the newest Lancers also stepped up. New Hampshire transfer Mark Carbone also hit nine 3-pointers in the contest and finished with 15 points. Florida transfer Gorjok Gak had 13 points and eight rebounds. And veteran Tre Armstrong finished with 11 points and nine assists.

Yes, CBU didn’t win the game. But, the Lancers showed that despite losing their top six players from a 21-win season, CBU still has the pieces in place to compete for a WAC championship.

Seattle Off to Red Hot Start

Seattle has quietly put together one of the top performances to start the 2020-21 season. The Redhawks have two wins over Division I opponents. And if you weren’t paying attention to Twitter on Sunday afternoon, I got kind of passionate about the wins Seattle has in 2020-21.

Jim Hayford and company have beat a team from the Mountain West Conference and the West Coast Conference. And while Air Force and Portland aren’t the top teams in those two conferences, beating teams in conferences ranked higher than the WAC is always significant.

Riley Grigsby has been consistent while City College of San Francisco transfer Darrion Trammel has been the floor leader. On Sunday, Seattle outscored Air Force 36-20 en route to a 63-45 over the Falcons. Five Redhawks finished in double figures. Grigsby led the way with 13 points while Aaron Nettles, Trammel and Rip Economou finished with 12. True freshman Kobe Williamson finished with 11 points on 5-7 shooting.

Remember, Seattle lost two 1,000-point scorers in Morgan Means and Terrell Brown. And the Redhawks are picked to finish fifth in the WAC standings. It is early but Seattle has one of the top performances to start the 2020-21 season.

Trey Woodbury and Jamison Overton are the only two returners for Mark Madsen in his second season at Utah Valley. And this dynamic duo has been electric to start the 2020-21 season. Woodbury had a career-high 24 points on 10-17 shooting to go along with five rebounds and three assists on Saturday night at BYU. Overton chipped in 21 points, 8 rebounds and two assists in the 82-60 loss.

What people won’t see, is had this duo had any help, perhaps the Wolverines could have kept the game close and perhaps pulled off the upset. In the first game of the 2020-21 season, Woodbury and Overton each finished with 22 points on a combined 19-26 shooting.

Nope, that is not a typo. UTRGV used a big second half to knock off Conference USA foe UTSA on Saturday afternoon. UTSA has a KenPom ranking of 161 making the UTRGV win over the Roadrunners the best in the WAC thus far. UTRGV needed a win after getting throttled by No. 19 Texas in the season-opener on Nov. 25 in Austin.

Sean Rhea had a big game for the Vaqueros with 20 points and six rebounds. Uche Dibiamaka (15 points), Quinton Johnson II (13 points) and Javon Levi (12 points) were also in double figures. With four assists in the win against UTSA, Javon Levi keeps moving up the WAC record books. Levi is now tied for 15th in WAC Hoops history in career assists with (528). Levi will pass BYU’s Danny Ainge this season as he is 11 behind the Celtics GM.

– GCU is off to a 2-0 start in Bryce Drew’s first season. Big men Asbjørn Midtgaard and Alessandro Lever have been really solid in the two wins.

Keep your eye out ever Monday for our top performances article. It is going to be a wild ride but an exciting ride as college basketball is back.