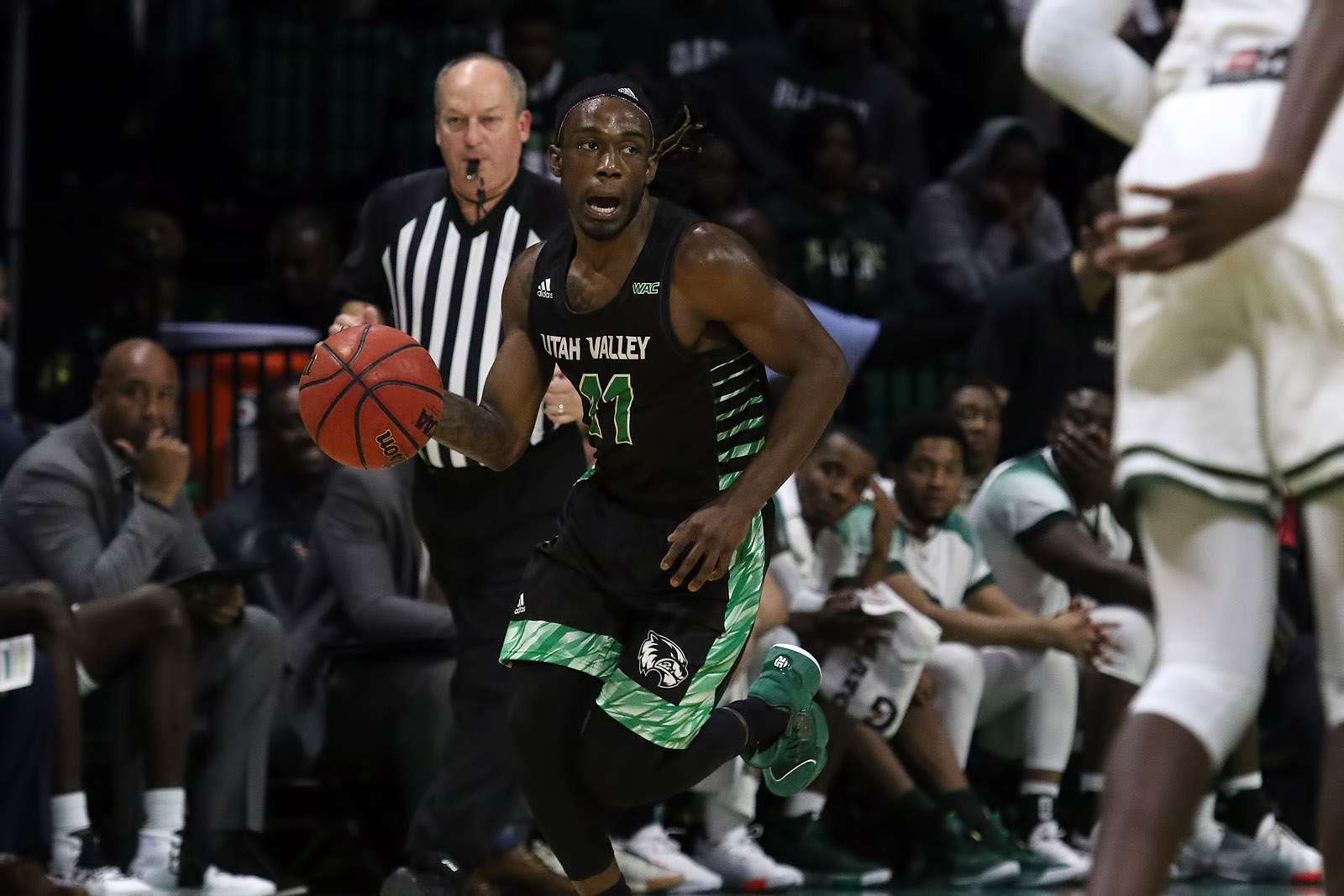 With only nine scholarship players on the roster, Utah Valley’s first-year head coach Mark Madsen has a difficult task on his plate. But, a trip to the Windy City can help alleviate some of that stress.

Brandon Averette and Casdon Jardine combined for 36 points and Utah Valley cruised to a 94-73 win over Chicago State on Thursday night in the Jones Convocation Center.

“A lot of positive things tonight, with still room to improve,” said Utah Valley head coach Mark Madsen. “If you look at the assists to turnovers, we had 20 assists and only seven turnovers, a ratio of almost three to one. When we share the ball like that, this team is special. The defense was talking and rotating and I was happy with how the guys responded. Our guards were sharing the ball and making their teammates better.”

Utah Valley got out to an 11-1 lead before Chicago State used a 13-6 lead to cut the deficit to to four with just over 11 minutes to play in the first half.

The Wolverines led by as many as 15 with just over five minutes to play in the first half. However, Chicago State went on a mini run to cut the deficit to 10 at halftime.

And then Casdon Jardine did his thing. The Boise State transfer went on a mini 7-0 run all by himself that helped Utah Valley jump out to a 60-38 lead with 14:42 to play. And, Utah Valley never looked back.

Isaiah White also finished in double figures with 16 points to go along with nine rebounds. TJ Washington had 14 points and a game-high eight assists. And Jamison Overton finished with 12 points. Emmanuel Olojapoke added to his block total with two.

The 94 points is the second-most points scored by Utah Valley this season. The Wolverines hit 101 on Nov. 12 against non-Division I opponent Ottawa.

Next up for Utah Valley is a trip to the Swinney Center to take on Kansas City on Saturday. Chicago State hosts Seattle on Saturday.