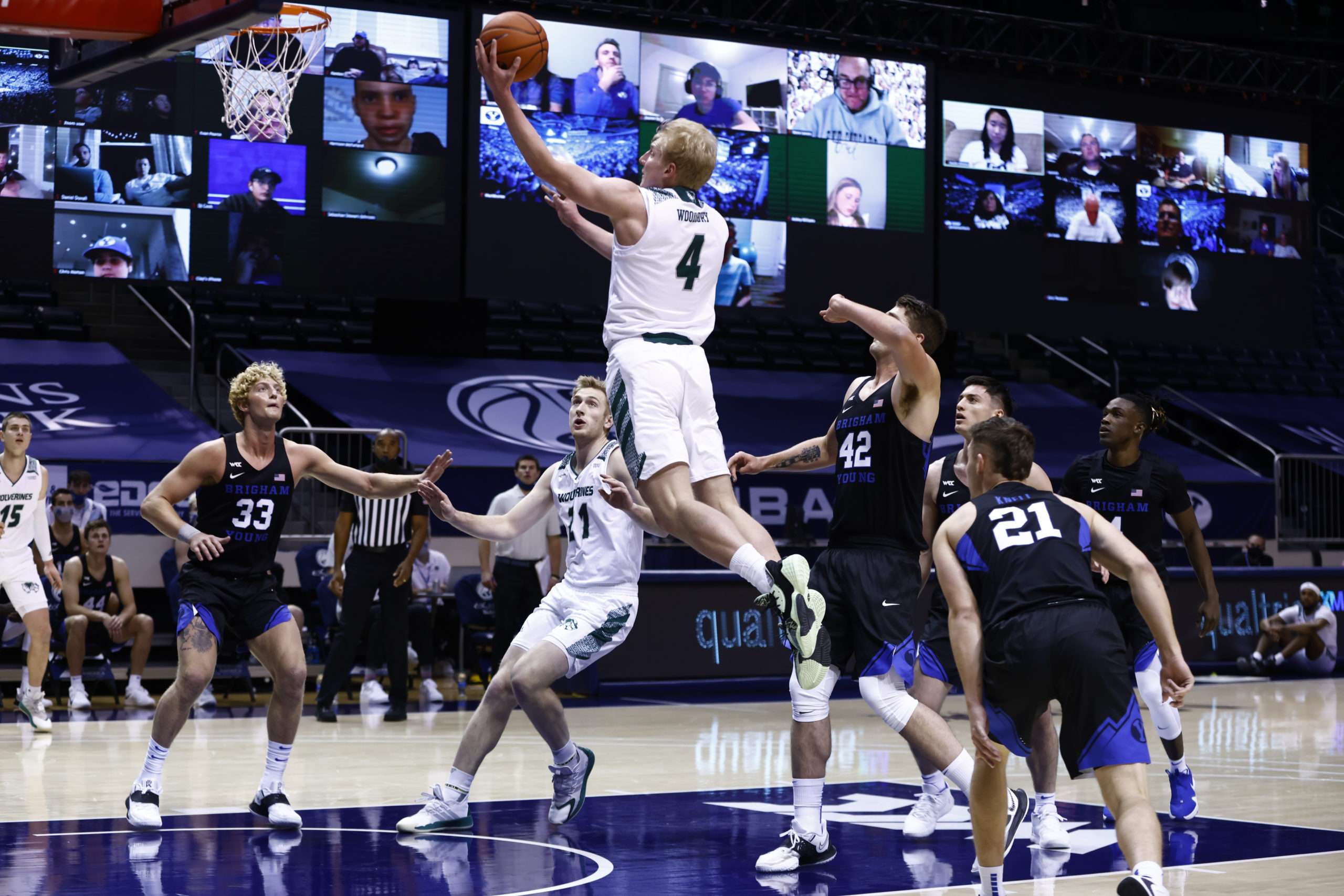 Despite the tale of two halves, Utah Valley earned its second win of the season, 79-71 over Westminster at the UCCU Center.

Utah Valley held a 20-point lead at the start of the second half. However, just before the last media timeout, Westminster had the deficit down to just five.

Ultimately though, it’s a win for Utah Valley. The Wolverines improve to 2-1 on the season, and Westminster drops to 0-2.

Here are some thoughts after this fun, albeit sloppy, contest.

Le’Tre Darthard finally got the lid over the rim to open up tonight. Darthard scored 16 points on 5-8 shooting. He hit some timely shots for the Wolverines as well, drilling a three and sinking a floater to help ice the game.

Blaze Nield got his first career UVU start tonight. Nield finished with 13 points and six assists in his starting debut.

Utah Valley needs others to step up. It takes the pressure off the dynamic duo of Trey Woodbury and Jamison Overton. Perhaps Darthard and Nield both having big games will be a big boost to their confidence moving forward. If these two guards can consistently play at this kind of a level, Mark Madsen’s job will be a little easier.

Good lesson to learn for this new team

In the first half, Utah Valley was firing on all cylinders. The Wolverines shot 56 percent from the field and hit six 3-pointers. Not only was the offense on point, the defense was, as well. Utah Valley held Westminster to 39 percent shooting and just 2-9 from 3-point land.

“First half, we were good,” Madsen said. “We were talking and pointing. Communication was happening. In the second half, it did not happen at the same level and so we’ll continue to work on that.”

“We came out in the second half and had some lapses that led to turnovers and miscommunication on defense,” Utah Valley center Fardaws Aimaq said.

Through their first three games, Utah Valley has had some issues shooting the ball, particularly from the free throw line. Wednesday night was no different.

“Right now our end goal is the conference tournament and winning that,” Aimaq said. “Everything we do from here, is just the build-up for that.”

And the struggle at the free throw line almost hurt the Wolverines once again.

Free throws are a big deal in close games, and UVU needs to improve on their free throw shooting moving forward.

Utah Valley now has a week off to prepare for their game against in-state foe Southern Utah.