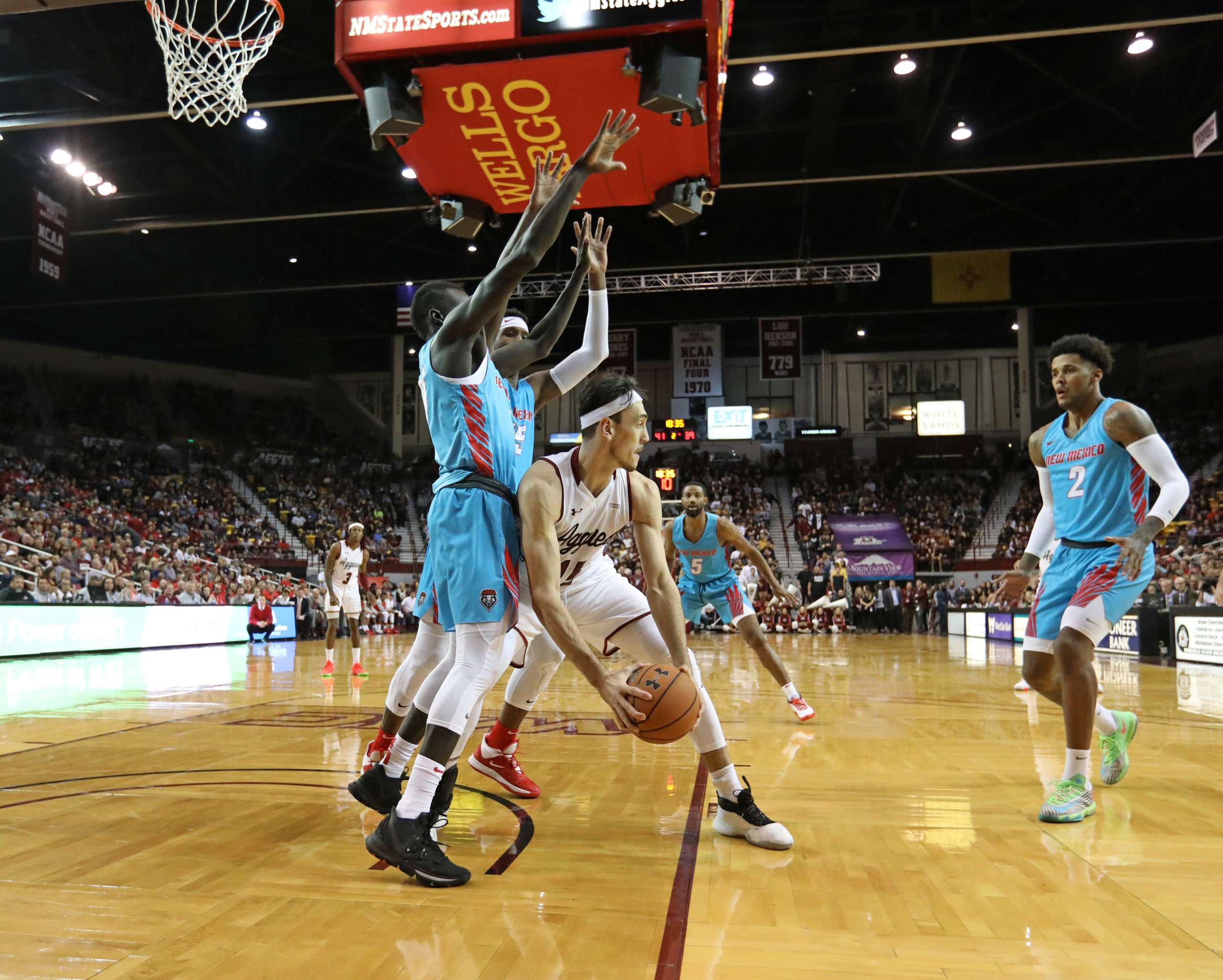 Now that Christmas and New Year’s Day are behind us, it’s time to get excited for the best time of the year. Conference play begins on Thursday night and there are a couple of intriguing matchups. The best part is that everyone starts 0-0 as they begin their quest for a WAC regular season championship.

Perhaps with a new decade starting something new will happen. I mean, New Mexico State has won the WAC regular season four times since 2010 as well as won eight WAC tournament titles in that timeframe. But, in all reality, with the Aggies fully healthy, that doesn’t look like it will change. California Baptist is on a six-game win streak and hosts New Mexico State on Saturday in must-see television. Seattle has had its share of ups and downs in the non-conference slate but there is potential. And who knows what will happen in the wacky WAC. It all starts Thursday night and is something we are very much looking forward to.

So, with all that being said, here are the first WAC Hoops power rankings of 2020.

Not much to say here. The Aggies are finally healthy as Clayton Henry returned to the lineup in the Aggies’ final non-conference game on Sunday. This means that both A.J. Harris and Henry are good to go for WAC play. Add in UTEP transfer Evan Gilyard and it’s all hands on deck for Chris Jans and the Aggies. New Mexico State also gets an extra day of practice prior to traveling to Riverside for its WAC opener at California Baptist. Yes, it is early but it could have some implications toward the WAC regular season crown. Remember, California Baptist beat the Aggies in the WAC opener for both teams a year ago.

The Lancers are the hottest team in the WAC heading into conference play. CBU owns a six-game winning streak and the best record at 9-4. Sure, competition hasn’t been the greatest during this six-game win streak but the Lancers have done what they should have with double digit wins. Milan Acquaah is having a Player of the Year-type season. And CBU leads the WAC in five offensive categories: points per game, assists, rebounds per game, 3-point percentage and free throw percentage.

The Lancers better not look past UTRGV in the WAC opener for both teams on Thursday. But, this could be a big week for CBU.

The Roos have been off for nearly two weeks so there may be some rust. But, Kansas City has everyone’s attention after wins against Toledo and at South Dakota to finish the non-conference slate. First-year head coach Billy Donlon has his players buying in and confidence is sky-high in Kansas City right now. The Roos get a boost to begin WAC play as they host Seattle and Utah Valley. It could be a statement weekend for the Roos if they can beat two teams they have struggled against the past two-three years.

If Jim Hayford’s team can find a way to put 40 minutes together, they are dangerous. In its game at Washington, Seattle led by a point at halftime. At Saint Mary’s in the non-conference finale, Seattle was within six. Both games ended in 20-point losses for the Redhawks. So, yes, if Seattle puts together a full 40 minutes, they are dangerous.

Terrell Brown is a leading candidate for WAC Player of the Year as he stuffs the stat sheet night in and night out. Courtesy Seattle University Athletics.

WAC Player of the Week Terrell Brown is stuffing the stat sheet but will need help from fellow guard Morgan Means as well as Riley Grigsby and Myles Carter. The difficult part is to open WAC play at Kansas City, who is coming into WAC play riding high.

I am interested to see what this Grand Canyon team does in WAC play. The non-conference slate was a struggle but the Lopes do have five wins over Division I opponents. And, although the record doesn’t reflect it, GCU has talent on its roster. Carlos Johnson, Isaiah Brown, Alessandro Lever, Jovan Blacksher Jr. and others are solid. It’s just a matter of the Lopes playing together and being more offensively efficient. We will see if the two-week break helps. Opening at Cal State Bakersfield doesn’t, though. The Icardo Center is not friendly to visitors so we will see what happens on Saturday night.

Is it bad to say that the Chicago State game may be very telling for the Utah Valley Wolverines? There is a great deal of talent and athleticism on this team. But, there is also a glaring lack of depth that has been acknowledged by first-year head coach Mark Madsen. There have been some solid wins but head-scratching losses. Utah Valley has more road wins than home wins so that bodes well for the Wolverines. As guards TJ Washington and Brandon Averette go, so goes Utah Valley. If either one of those guards struggles, Utah Valley usually has a down night. Keep your eye on Washington and Averette as WAC play begins.

Guard De’Monte Buckingham said on Twitter to not count the Roadrunners out and that he is ready to go to war with his brothers. Well, don’t count out a Rod Barnes-coached team. It is the final season in the WAC for CSU Bakersfield and with athletes like Taze Moore, Czar Perry, Buckingham and Shawn Stith, this team has potential to be a sleeper in league play.

After a somewhat brutal ending to non-conference play, UTRGV head coach Lew Hill is probably excited to be 0-0 and starting basically a new season. Javon Levi is averaging 8.1 assists per game, good for third nationally. Levi also leads the WAC in assists and steals. Thanks to UTRGV SID Jonah Goldberg for posting that information. And Hill is going to lean heavily on Levi when the Vaqueros take on California Baptist in Riverside on Thursday night in the WAC opener. The Levi vs. Milan Acquaah matchup will be fun to watch.

I am going to make a bold prediction that Chicago State is going to have two conference wins this season. There is talent and ability. But the chemistry has been a struggle as well as managing runs. It’s been a somewhat typical non-conference run for the Cougars. But, Lance Irvin and company enter WAC play with four wins, which is more than Chicago State had all of last season. And for those that don’t remember, in 2017, Chicago State went into Orem and beat Utah Valley at the UCCU Center to open WAC play. So, anything is possible.