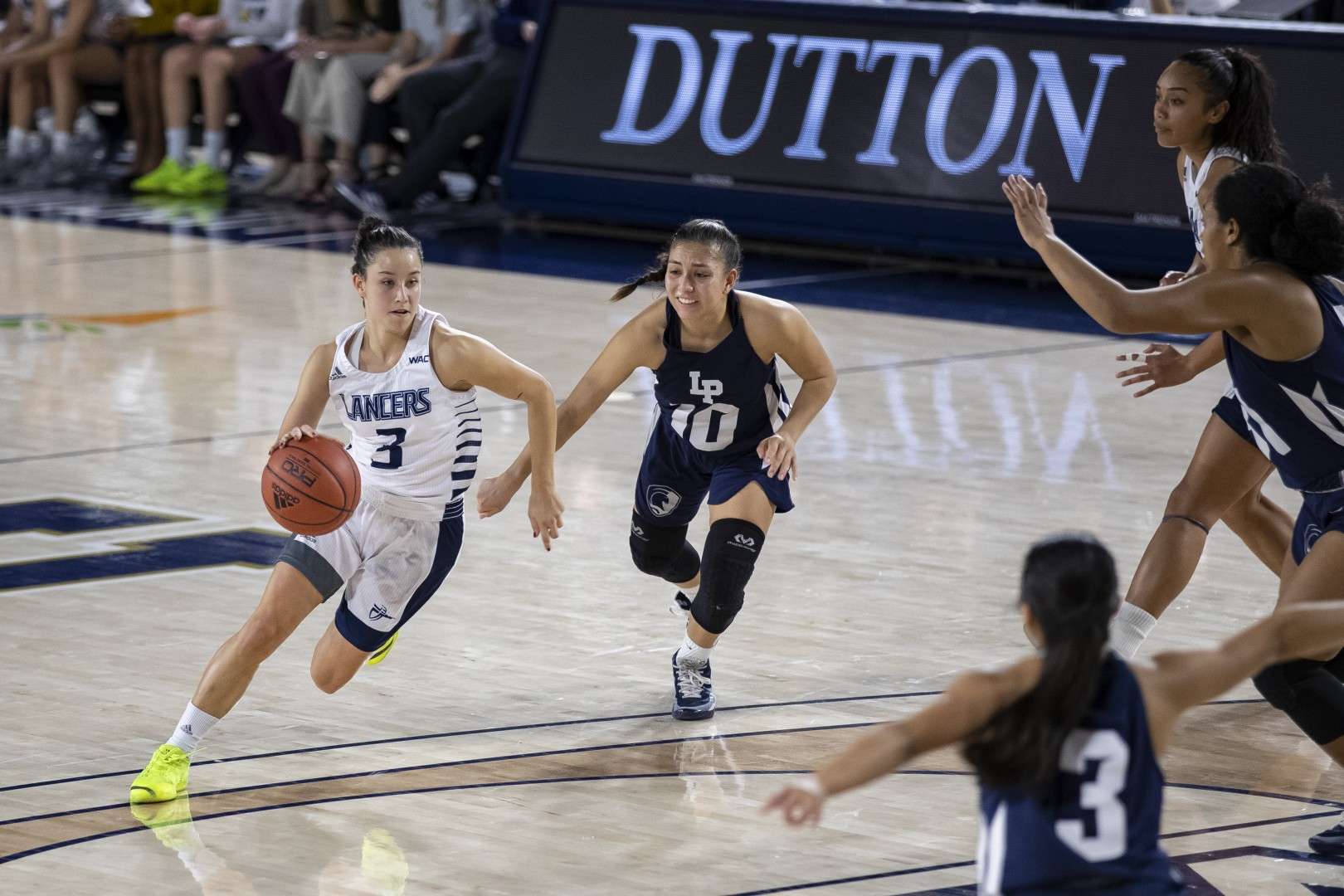 The international game has become very popular in recent years. And it seems as though more coaches are catching on to that notion. As the 2020-21 season draws closer, the growth of the international game in the Western Athletic Conference continues to show its face. Four of the top six returning players are from other countries. Most notably, Australia is a hotbed for talented basketball players.

Similar to the men’s side, the reigning WAC Player of the Year does not return. Kansas City left the WAC to join the Summit League which means teams don’t have to face Ericka Mattingly anymore. Along with this, four of the All-WAC First Team selections graduated and the fifth member left GCU after head coach Nicole Powell took the same position at UC Riverside.

So, there will be a bunch of new faces in the postseason awards.

Here are six names to remember as the season draws near to the Nov. 25 tip-off date.

Olaeta is the first of four international players on this list.

CBU guard Ale Olaeta is one of the top returning players to the WAC in 2020-21. Courtesy CBU Athletics.

The senior guard from Gernika-Lumo, Spain averaged 12.2 points and 3.9 rebounds per game while shooting 45 percent from the floor. Olaeta is a two-time All-WAC Second Team selection.

But, the Lancers’s floor general will be in consideration for preseason WAC Player of the Year. Olaeta also led the WAC in assists in 2019-20 with 179.

Olaeta is a three-year starter for the Lancers and each season has led the team in assists. During her career in Riverside, Olaeta has started 87 out of 89 games and averaged double figures in scoring each season for the Lancers.

After what some might call a mediocre junior season, Prince had a breakout season in 2020-21. The redshirt senior from San Antonio had career-highs in points, rebounds, assists, and steals.

Aaliyah Prince is expected to have a big season for New Mexico State after having a breakout season in 2019-20. Courtesy Carol Mackay/NMSU. Athletics.

And while the 2019-20 season wasn’t quite what New Mexico State is used to, the production Prince displayed should carry over into 2020-21 with high expectations.

Prince was efficient from the floor shooting 44 percent.

Perhaps the one thing she will improve on is her 3-point shooting where she was 1-18 from distance last season. Head coach Brooke Atkinson will rely on Prince to step into the void left by three-time All-WAC selection Gia Pack.

Here is another of the international players to grace this list.

Courtney Murphy has some big shoes to fill in Seattle with the departure of All-WAC selection Kamira Sanders. Courtesy Seattle University Athletics.

The junior guard from Sunshine Coast, Australia is going to be a huge key to success for head coach Suzy Barcomb.

Murphy will have to fill the shoes of now departed All-WAC selection Kamira Sanders. In her sophomore season in the Pacific Northwest, Murphy started 27 of 29 games, averaging 11.0 points and 4.3 rebounds. Murphy also shot 85 percent from the charity stripe. In her first season with Seattle, Murphy led the team in 3-pointers made with 31.

The junior guard from Lisbon, Portugal was a mainstay in the lineup for first-year head coach Dan Nielson.

Maria Carvalho is a big reason why Utah Valley had its best season in WAC play in 2019-20. (Jay Drowns / UVU Marketing)

After averaging 8.1 points, 4.6 rebounds and 4.4 assists per game, Carvalho was named to the All-WAC Second team and WAC All-Defensive Team.

Carvalho’s play is a big reason why Utah Valley had its best season since joining the WAC.

Amara Graham is primed for an even better season in 2020-21 after averaging career-highs in points and rebounds in 2019-20. Courtesy UTRGV Athletics.

Graham also dished out 3.1 assists per game while shooting 43 percent from beyond the arc. Graham’s 45 percent field goal percentage was good for seventh in the WAC in 2019-20.

The redshirt senior from Chicago has increased her points and rebounds per game in every season since coming to Edinburgh prior to the 2016-17 season.

Does it really surprise anyone that another international player is on this list? And that the senior from Melbourne, Australia is playing for California Baptist?

CBU senior guard Georgia Dale (with ball) teams up with Ane Olaeta to form one of the best 1-2 tandems in the WAC in 2020-21. Courtesy CBU Athletics.

Seems like the Lancers on both the men and women’s teams have something going with the international pipeline.

Dale averaged 11.2 points, 4.7 rebounds and 3.1 assists per game while shooting 43 percent from the field.

Along with her offensive numbers, Dale also recorded 47 steals in helping the Lancers to a 16-15 overall record in 2019-20.